In the current age of antitrust concerns over the conduct of Big Tech, the proposals rendered under CALERA seem significant because they seemingly target mergers especially amongst the major tech firms, and if enacted, CALERA would bring significantly more risk to companies like Facebook and Google, which are already facing federal lawsuits, and to any dominant firm seeking to acquire another company. In an interview with CNN on the sweeping changes proposed under the new antitrust bill, Sen. Klobuchar was quoted as saying “[Y]ou can’t take on trillion-dollar companies with Band-Aids and duct tape”.

In this article, we provide an overview of the implications of CALERA and its impact on US antitrust laws, considering that it would seemingly change the dynamics of antitrust with significant consequences for not only large firms but small firms and consumers as well. We will also compare the amendments proposed under CALERA with the current legislative setup in Singapore and analyse whether any of the propositions under CALERA could be replicated in Singapore.

The bill proposes many major changes to existing antitrust laws, including most notably:

a.  Lower threshold for prohibited mergers

CALERA proposes replacing the current standard for determination of prohibited mergers from those that are considered to “substantially lessen competition” to those that “create an appreciable risk of materially lessening competition.”

While the term “materially” has been defined to mean “more than de minimis”, the other terms, including “appreciable risk” are not defined.

Singapore position:
In Singapore, the general position is that most mergers are either pro-competition or are competitively neutral. The Competition Act of Singapore (‘Act’) prescribes the substantial lessening of competition (SLC) test which means that even where merger situations may lessen competition, only those mergers which “substantially lessen competition” and have no economic efficiencies, will be considered to infringe the Act.

There is no precise threshold, whether in qualitative or quantitative terms as to what constitutes a “substantial lessening”. However, a merger is more likely to substantially lessen competition if it leads to market power (i.e. the ability to sustain price profitability above competitive levels). The statute also clarifies that the lessening of competition does not need to be felt across an entire market or relate to all dimensions of competition in a market for the effect to be substantial. A lessening of competition that adversely affects a significant section of the market may be enough to amount to an SLC.

Considering that the current regime in the US is also SLC-based, it would be interesting to see if the government approves the reforms under the CALERA, which in turn, may pave the way for a regulatory reforms in competition laws across the world, including lowering the threshold under the Act in Singapore as well.

b.  Shifting the burden of proof to the merging companies

Under the present regulatory regime, the burden is on the government to prove that a proposed merger (or acquisition) is anticompetitive. In other words, mergers are presumed to be allowed unless the government proves otherwise.

The proposal under CALERA would be a paradigm shift in the way merger clearances are sought under antitrust laws as the merger or acquisition could go through only if the acquiror and/or the merging entities could prove that such a deal would not harm competition.

Singapore position:
In Singapore, there is no statutory requirement to notify mergers or anticipated mergers to the competition regulator. It is for parties to ensure that the mergers or anticipated mergers are lawful and as such, the Act already shifts the onus on to the merger entities to ensure that there are no adverse effects on competition in the relevant market in Singapore.

c.  Removing the need for enforcers to define the market in certain cases

Another significant change proposed under CALERA is removing the need for regulators to define the market in which a company is allegedly acting anti-competitively.

Typically, a definition of the relevant market is necessary to determine whether a defendant has market power which may plausibly pose a risk to competition.

Singapore position:
In a merger assessment in Singapore, market definition is focused on the areas of overlap in the merging parties’ activities. The main competitive concern is whether the merger will result in an increase in prices above the prevailing level.

The Competition and Consumer Commission of Singapore (CCCS) – the competition watchdog – is generally of the view that competition concerns are unlikely to arise in a merger situation unless:

Thus, even though CALERA proposes to provide freedom to regulatory authorities to define a market where there is evidence of an appreciable risk to competition, considering that the CCCS already identifies key elements of an antitrust claim (in merger proceedings) around market dominance, it is unlikely that such a proposal would be replicated in Singapore.

CALERA proposes to amend the Clayton Act 3 by providing whistleblower protections for employees, contractors, subcontractors, and agents who report antitrust violations to a supervisor or to the federal government or who assist in a federal antitrust enforcement action.

Under the bill, whistleblowers would be entitled to “any relief necessary” to be made whole, including compensatory damages, reinstatement of seniority, back-pay, and compensation for special damages sustained as a result of the discrimination owing to their ‘blowing the whistle’ on antitrust issues within any organisation.

Singapore position:
The position in Singapore re whistleblowers is that their identities will be kept strictly confidential and in appropriate cases, a monetary reward can be paid to such whistleblowers. There is, however, no specific provision for protection of individuals in respect of safeguarding of their jobs etc.

Accordingly, the proposals under CALERA in respect of whistleblowers is something that the CCCS might be interested in and may replicate some aspects of the proposed amendments (under CALERA) into practice in Singapore as well.

The bill would authorize antitrust regulators to seek civil penalties for violation of antitrust laws up to the greater of:

These penalties are significant because, unlike in criminal cases where large fines are common, US enforcement agencies have generally sought only injunctive relief in civil antitrust cases. Such substantial civil fines (in addition to treble damages that are available in the US) for injured private plaintiffs, could result in a significant payout in the event that a conduct is challenged successfully by a plaintiff.

Singapore position:
There are no criminal sanctions for competition law violations in Singapore. The Act prescribes the financial penalties that may be imposed for breaches of competition laws of up to ten percent (10%) of the turnover of the business of the undertaking in Singapore for each year of infringement, up to a maximum of 3 years.

These limits of financial penalties have worked well in the past for CCCS and thus, it is unlikely that the propositions under CALERA in this regard would be replicated in Singapore.

CALERA seeks to provide additional resources for enforcement of antitrust violations by establishing an Office of the Competition Advocate within the Federal Trade Commission (FTC), which would make recommendations to the Department of Justice (DOJ) as well as to the FTC itself, provide recommendations to federal agencies about administrative actions that might harm or improve competition, and collect data and publish reports on competition. The Competition Advocate would have subpoena power to gather information for its reports.

The bill also seeks to create a Data Centre responsible for gathering and publishing reports on industry concentration, merger enforcement and other topics, in addition to creating a Division of Market Analysis which would be responsible for conducting investigations of markets to analyse competitive conditions and the effects of mergers that have already been concluded.

Singapore position:
The CCCS comprises of seven (7) distinct divisions, each of which, plays an intrinsic role in the optimal working of the regulatory agency. These divisions (being Business & Economic, Corporate Affairs, Legal, Enforcement, Policy & Markets, International Communications & Planning and Consumer Protection Division) are responsible for providing expert analysis and inputs, conducting investigations, providing legal advice, carrying out enforcement actions, engaging on policy matters, developing strategies and communications as well as providing trainings. As such, the CCCS is seemingly well equipped with luminaries in their respective fields and may not replicate CALERA’s proposals in this regard in Singapore.

The Introduction of the Competition and Antitrust Law Enforcement Reform Act of 2021 seemingly reflects the recent conversations about potential antitrust reforms in the US that have largely focused on the “Big Tech” companies. In fact, the enactment of the proposed legislation would result in dramatic changes in antitrust merger enforcement that would stretch beyond Big Tech and into other prominent industries (like pharmaceutical and renewable energy) where innovation and M&A play an important role.

CALERA proposes sweeping reforms in relation to antitrust enforcements and it would be interesting to see how these reforms, should they be ratified, apply to dynamic markets such as the technology sector which is inherently unpredictable. While some of the proposals proffered under CALERA seem justifiable, a lower standard for challenging mergers may make such deals less likely in the future, and in these COVID-affected times, may not be commercially tenable. 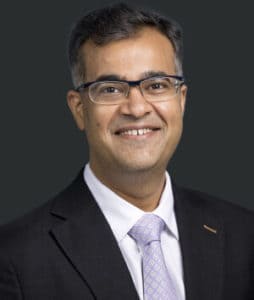 Piyush Gupta is a partner at RHTLaw Asia LLP and is part of the firm’s Data Protection & Competition practice group.

Piyush has close to two decades of transnational experience in competition and antitrust law and is well-versed with the complexities of this area of law. He has advised multiple MNCs on their competition law issues and has conducted numerous competition compliance audits, trainings and workshops.