After completing his LLM at NUS, Singapore in 2006, Anant worked with Singapore law firms as a Registered Foreign Lawyer, in the corporate and arbitration practice groups. Anant has been actively involved in advising Singapore listed companies and other clients, on Indian law issues and on various international transactions and M&A. He has been engaged in exhaustive due diligence exercises, commercial agreements, joint ventures, investment and shareholder agreements, employee stock options schemes, etc. Anant also assisted in various international arbitration matters during his engagement with the international law firms. 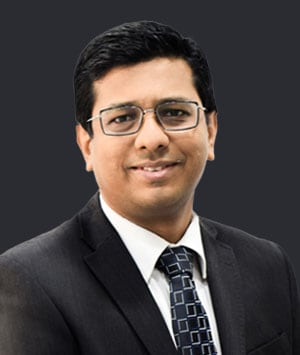 Anant moved back to India in 2009, and since then has been specialising in commercial disputes before several courts, and company law matters before the Company Law Board. He is regularly engaged by clients for arbitrations and commercial mediations. Additionally, Anant widely advises Financial & Operational Creditors, Corporate Debtors, Insolvency Professionals, Resolution Applicants, Guarantors, ex-managements, former CXOs, employees and has appeared/advised for almost all possible stakeholders under Insolvency Code, 2016 in cases before NCLT Benches across Indian as well as in NCLAT, Delhi.

In arbitration practice, Anant appears for clients in contractual, commercial, infrastructure, engineering, and joint venture disputes. Anant is also an active mediation counsel and has advised parties in complex shareholder disputes in mediation. Anant also acts as a Mediator in commercial disputes.

Anant has also been a guest faculty at courses of CIARB, India; Tamil Nadu National Law School, Trichy; has done arbitration trainings at Myanmar & Bangladesh and presented a session of Mediation at WMO-THAC Conference in Bangkok amongst others. Anant regularly contributes articles to leading newspapers and journals, and lectures on a variety of current legal issues.

We have a regional team with strong expertise across a wide range of disciplines to best help you succeed.