Alexander has been appointed of counsel with RHTLaw Asia, as a Singapore-qualified lawyer whose practice focuses on criminal law and legal innovation.

Before being called to the Singapore Bar in 2020, Alexander was a Deputy Public Prosecutor and has worked on several landmark criminal cases. He prosecuted a wide variety of crimes including corruption, white collar crime, technology crime, maid abuse, intellectual property crime, and homicide. He also advised the Government on a variety of legal issues related to criminal law. He specialises in white collar and technology crime, having received specialised training in these fields, including training by legal experts and INTERPOL. 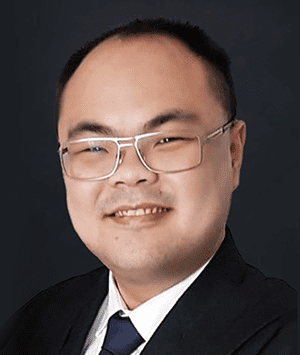 In addition, Alexander has significant experience in legal innovation and design. He was previously Deputy Director of the Office of Transformation and Innovation (Judiciary) and was responsible for the development of numerous innovation projects and LegalTech products for the Singapore judiciary.

He is currently a Lecturer at the Singapore University of Social Sciences, School of Law. In addition, he was the Programme Director for Singapore Management University (SMU) Academy’s Graduate Certificate in Law and Technology from 2020 to 2021.

Alexander graduated with a Master of Laws, International Legal Studies (Distinction, Dean’s List) from the Georgetown University Law Center. He also holds a Bachelor of Arts in Law (Honours) from the University of Cambridge, where he read law on a President’s Scholarship.

Appeared as lead counsel in the State Courts, and High Court, and as assisting counsel in the Court of Appeal. He worked on several landmark criminal cases, including PP v P Mageswaran [2019] SGCA 22, in which the Court of Appeal considered sentencing principles for homicide offences, and PP v Tay Wee Kiat & Chia Yun Ling [2018] SGHC 42, in which the High Court set out sentencing benchmarks for maid abuse cases.

Part of the AGC team that led evidence before the Committee of Inquiry into the SingHealth Cyberattack in 2018.

As Deputy Director of the Office of Transformation and Innovation (Judiciary), Alexander was part of the team overseeing transformation efforts across Singapore’s judiciary, comprising the Supreme Court, State Courts and Family Justice Courts. In such capacity, he was involved in legal strategy and law reform initiatives, culture and capacity building for legal innovation, and development of LegalTech products – including the Authentic Court Orders website, the SG Courts mobile app, and the new Singapore Courts integrated website.

Singapore Law Gazette, Acquittal does not mean innocent: Standards of proof in criminal proceedings and what they mean for the accused, forthcoming December 2021

Singapore Academy of Law Blog, Alexander Woon on the value of lawyers in a time of big tech, 5 October 2021

The Straits Times, Open Justice and anonymity for the accused, (cowritten with Melvin Loh), 6 September 2021; available at: https://www.straitstimes.com/opinion/open-justice-and-anonymity-for-the-accused

TODAY Online, Here’s how Singapore can strengthen its legal processes in light of high-profile acquittals, 27 August 2021

TODAY online, Explainer: Significance of the apex court’s POFMA ruling and what is means for future cases, Daryl Choo, 12 October 2021

We have a regional team with strong expertise across a wide range of disciplines to best help you succeed.