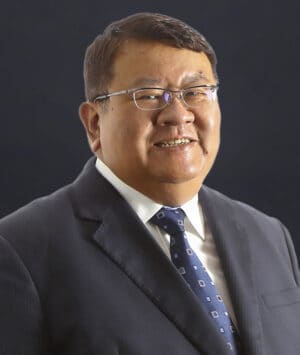 Azman Jaafar is the Managing Partner and one of the founding members of RHTLaw Asia. His corporate practice focuses mainly on energy and resources, and hospitality industries. He has advised and represented clients in numerous transactions involving mergers and acquisitions, corporate finance, mining and oil and gas in Singapore, Indonesia, and the People’s Republic of China. Fluent in Mandarin and Bahasa Indonesia, he also heads the firm’s Indonesia Practice and manages the ASEAN Plus Group.

He is an ad hoc tutor and lecturer at the National University of Singapore Law Faculty’s Legal Case Studies programme and is also a regular speaker at seminars on mergers and acquisitions, initial public offerings and regulatory compliance in Singapore.

Azman was awarded a Public Service Medal (Pingat Bakti Masyarakat, PBM) by the President of the Republic of Singapore in 2007 in recognition of his voluntary work as a councillor with Northeast Community Development Council since 1997. Having served under three different administrations, he has also worked in and chaired several standing committees within Council. He was also awarded the Long Service Award from Northeast Community Development Council.

Azman was awarded a Public Service Medal (Pingat Bakti Masyarakat, PBM) by the President of the Republic of Singapore in 2007 in recognition of his voluntary work as a councilor with Northeast Community Development Council since 1997. Having served under three different administrations, he has also worked in and chaired several standing committees within Council. He was also awarded the Long Service Award from Northeast Community Development Council. In 2018, Azman was conferred the Long Service Award for his dedicated voluntary service to the Home Team’s Boards, Councils and Committees.

Clients And Their Experiences